For promotions and press needs, you’ll find below—in order—a short and long bio, a selection of author photos (both official and candid), book cover art, and ALL THE LITTLE HOPES reviews. Permission is freely granted to use any or all of the following materials for such purposes. If additional materials are required, please contact me.

Leah Weiss was born in North Carolina and lives in Virginia. She retired in 2015 from a 24-year career as an Executive Assistant at Virginia Episcopal School and published her debut novel, IF THE CREEK DON’T RISE in August, 2017; it has sold over 100,000 copies. ALL THE LITTLE HOPES was released in July 2021. Leah writes full time, enjoys meeting with book clubs and speaking about finding the story and the characters to tell it.

Leah Weiss is a Southern writer born in North Carolina and raised in the foothills of the Blue Ridge Mountains of Virginia. She graduated from Dunbarton College in Washington DC with a degree in music and received an education degree from Kent State University. She worked at many jobs before becoming the Executive Assistant to the Headmaster at Virginia Episcopal School. In June of 2015 she retired from that 24-year career and signed with a New York agent.

Her debut novel IF THE CREEK DON’T RISE was released in August 2017 and has sold over 100,000 copies. It was selected as a Library Reads and an Indie Next and was #5 on the national Indie Picks for winter 2017-2018. It was nominated for the Southern Book Prize and was a 2018 finalist for both the Library of Virginia’s Literary Fiction and People’s Choice Awards. Her second novel, ALL THE LITTLE HOPES, holds traces of her mama’s Carolina life and was released in July 2021.

Leah writes full time and enjoys meeting with book clubs and speaking about the rewards of becoming a bestselling author late in life. When she’s not writing, she loves to travel and hike with her husband Dave, a gentle man, a beekeeper and avid reader.

REVIEWS FOR ALL THE LITTLE HOPES

Like all great southern writers, Leah Weiss’s magic turns the local into the universal. All the Little Hopes is both a deep-dive into the life of a North Carolina town during WWII and a national portrait of an era with all of its attendant glories and pains… Lucy Brown and Allie Bert Tucker will break your heart, but Leah Weiss’s beautiful writing will sew it back together again.

With her latest novel ALL THE LITTLE HOPES, Leah Weiss confirms the place she’s earned among top-notch historical fiction writers.  Her thrilling, coming-of-age story… is compelling, alarming, and heart-breakingly satisfying. It grippingly explores the mysteries of one of my favorite themes: Who can really be trusted when the chips are down?”

ALL THE LITTLE HOPES is the kind of wise, compassionate and deeply empathetic novel that we all need right now…It’s a novel with an irresistible emotional momentum, as we follow all the ways its characters cope with a war come home. Weiss’s lyrical sentences are in themselves little wonders, tugging us along, delivering us to one surprising place after another and, in so doing, somehow restoring us to ourselves.

Tommy Hays, author of THE PLEASURE WAS MINE AND IN THE FAMILY WAY.
Retired Director of the Great Smokies Writing Program and Lecturer Emeritus at University of North Carolina 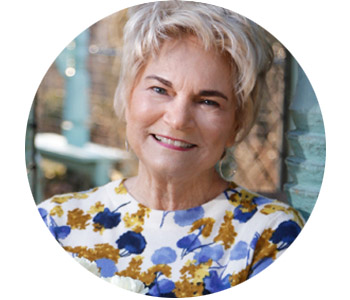